Status: "Married" to his son.

Bio: Littermates with Vivian and Cydnee. Father of Tiger, Koi, and Cookie.

Impulsive, immature, and irresponsible, Dominic does whatever he wants when he wants. He rarely takes things seriously. He’s dishonest over meaningless things and finds amusement in knowing he’s caused an annoyance.

He’s very reserved about how he feels and will deflect often. There’s very few people that can get through to him(after a lot of effort).

"Ah! You wanna do me a smaaall, itty, bitty favor?"

"Hm." pops mouth "Nnnnot sure I know what you talkin' 'bout."

"I don't think you wanna try that with me."

"Oh come on, you know you my favorite." smiles 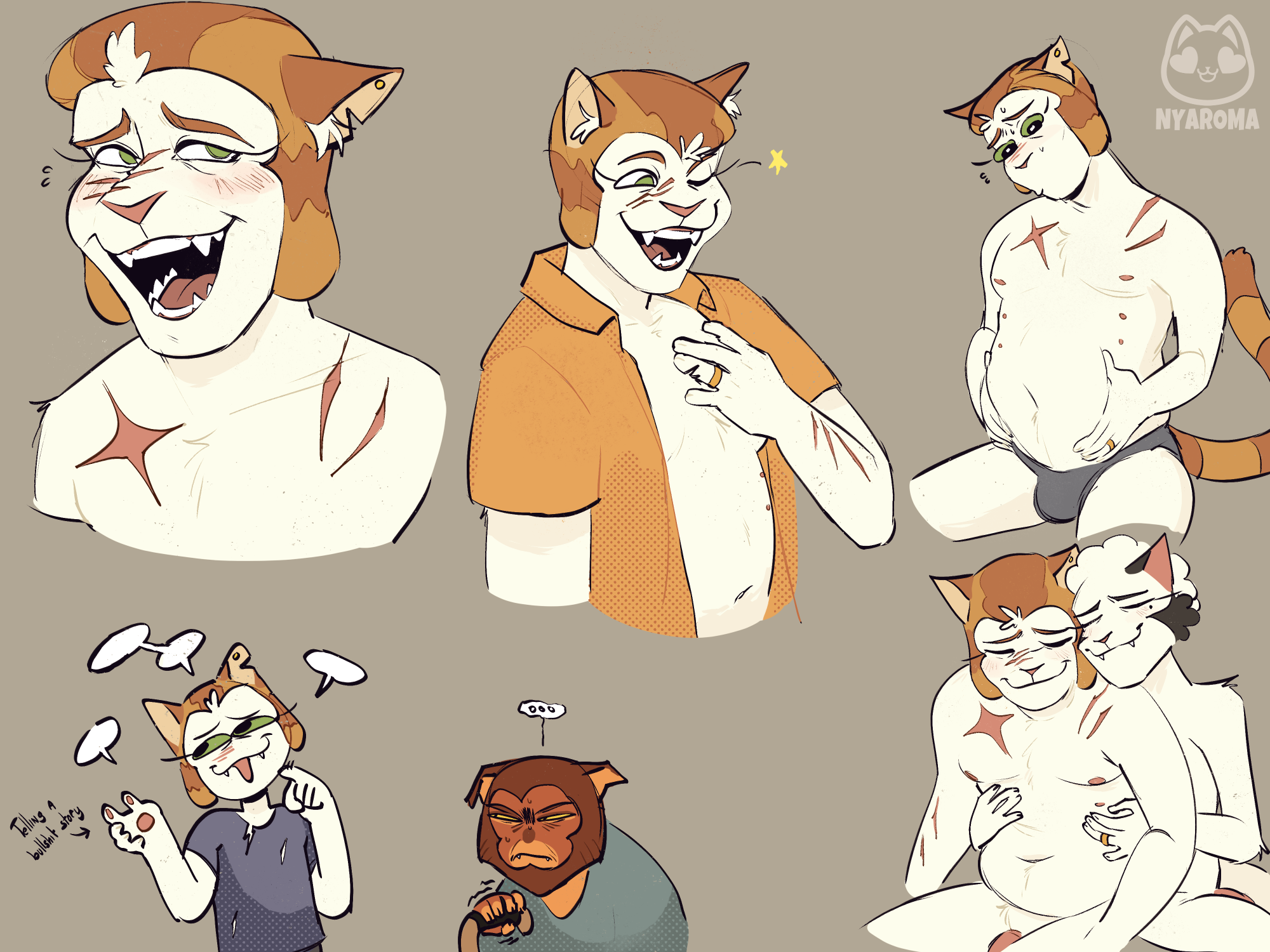 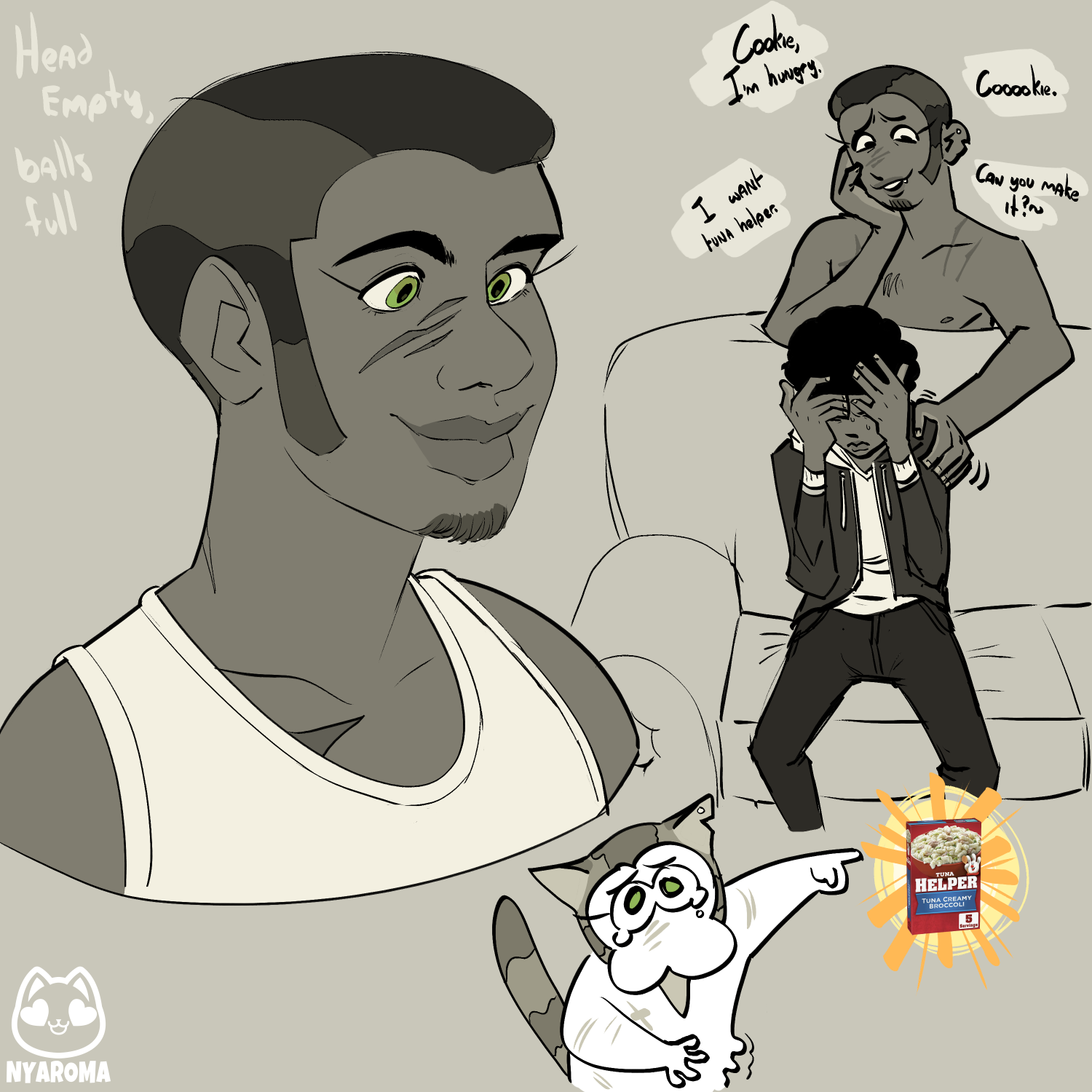 If Cookie's not paying attention, Nicki will shift human so he's not as easy to ignore. :) 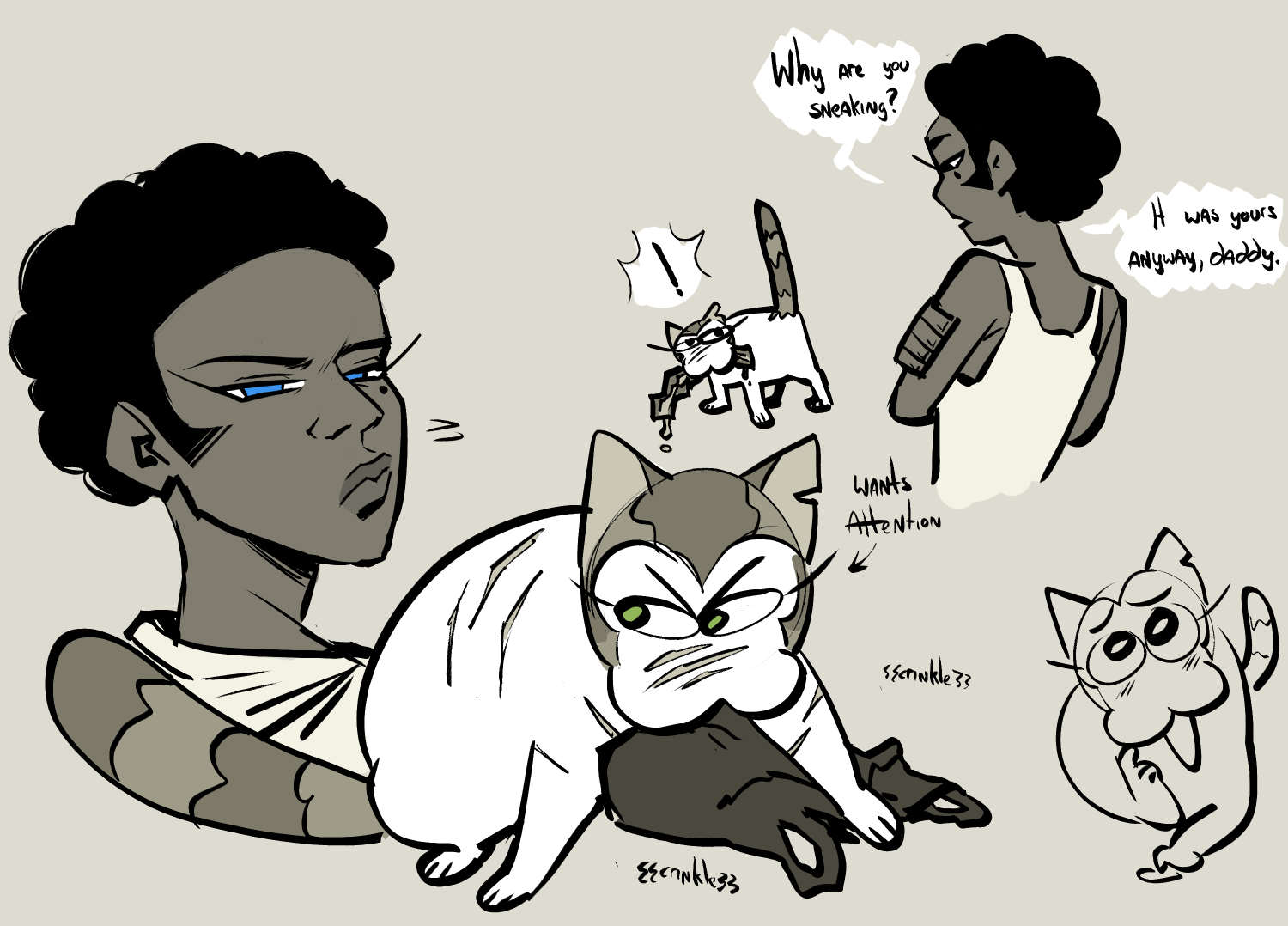 Why Are You Even Here?

Cookie is annoyed by his father invading his space. He's confused why he even puts up with it. 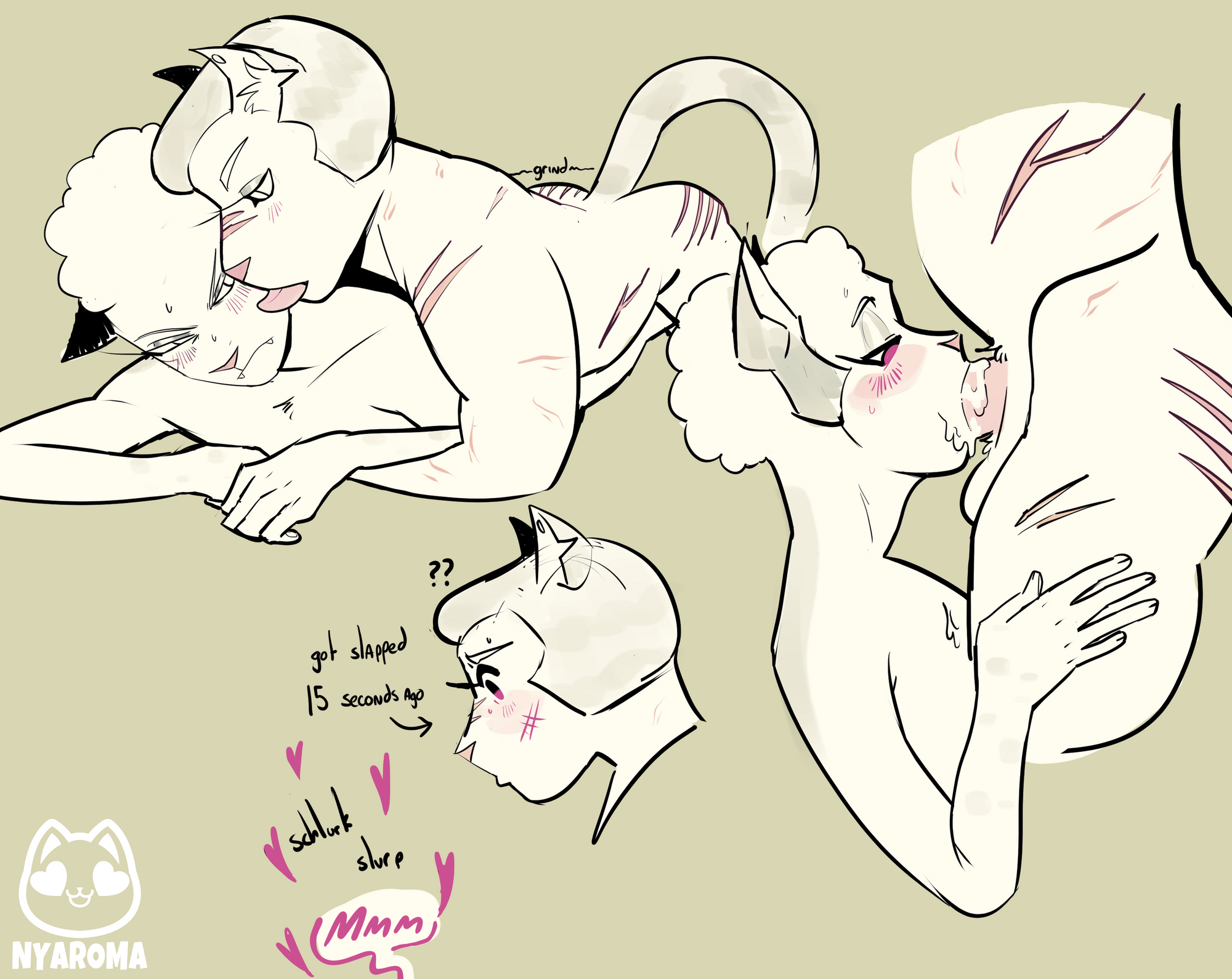 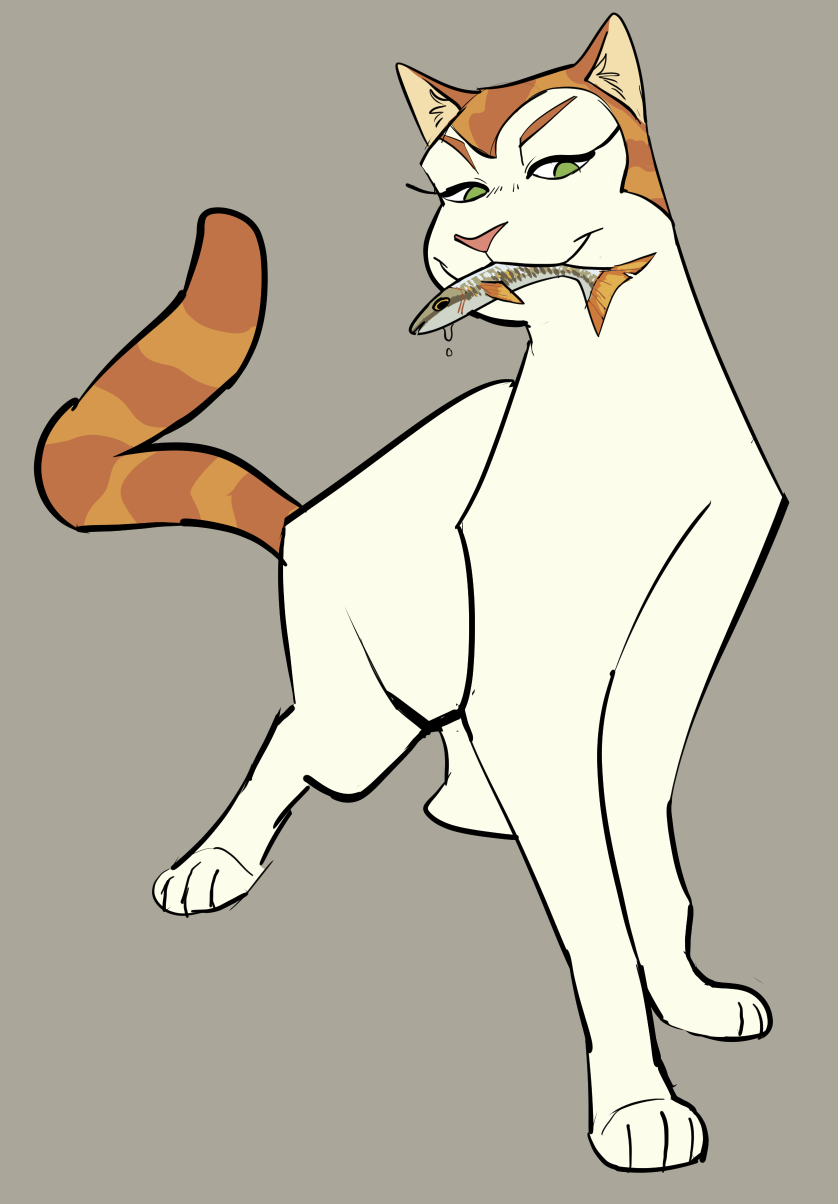 Waspcloud annoys his sister on purpose. 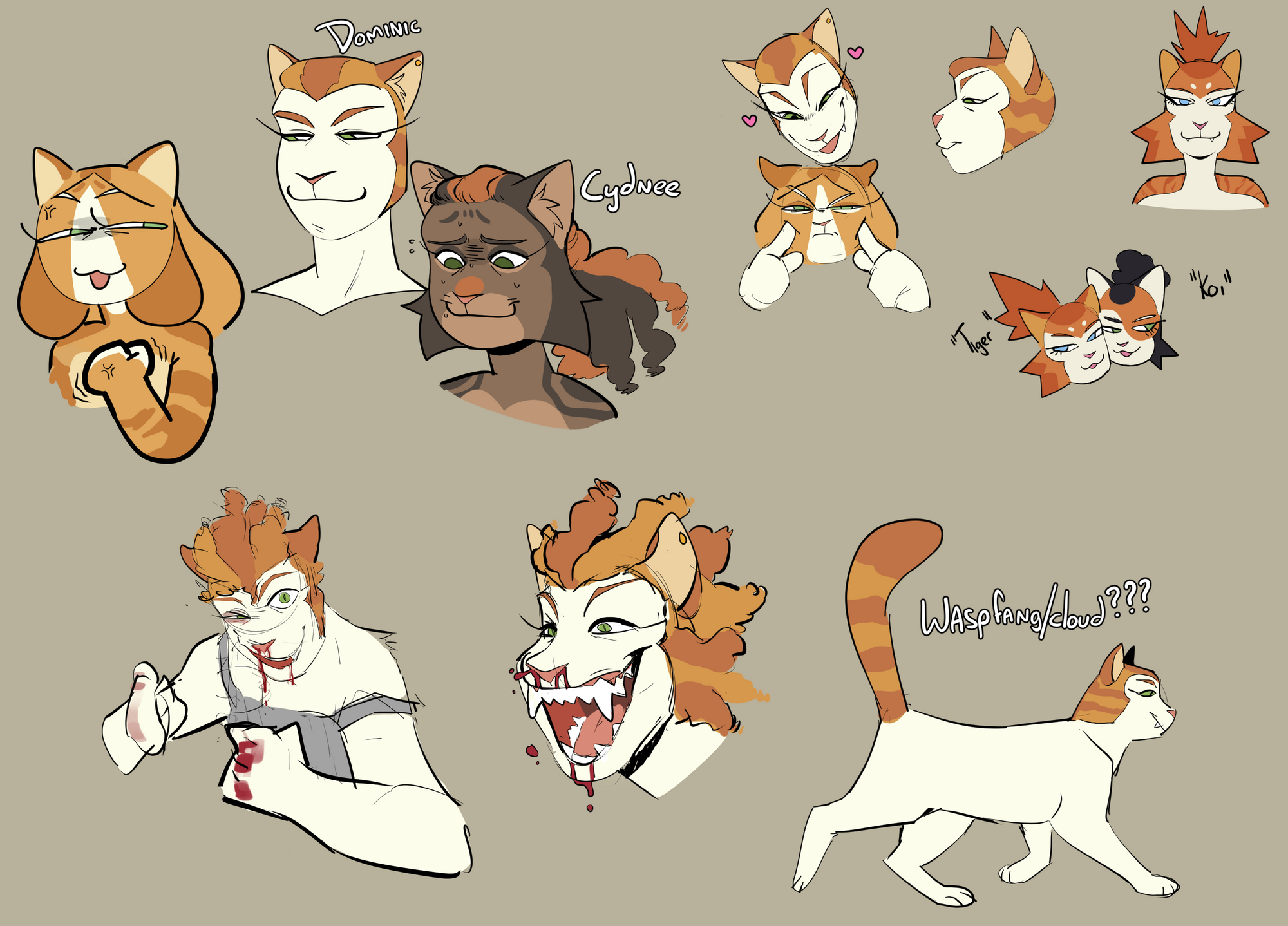 Been fucking around with the family tree!