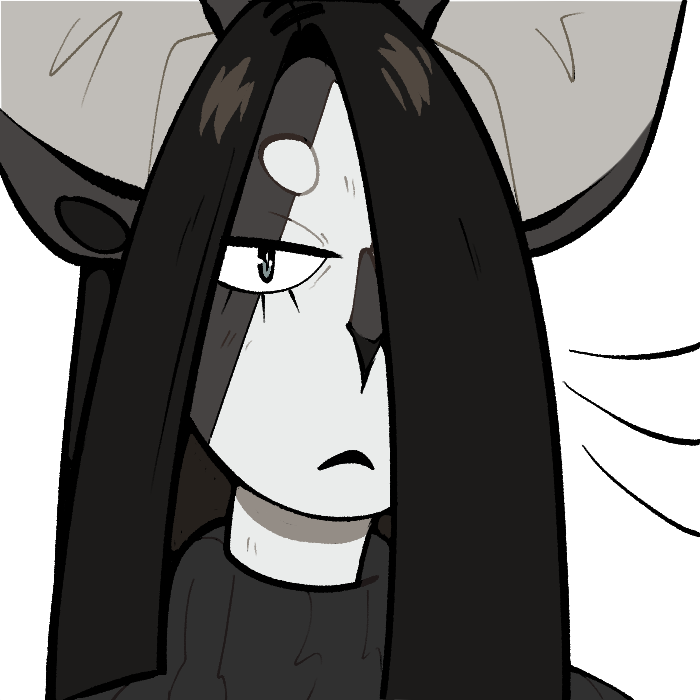 Status: Interested in sex with other females, fear of commitment

Bio: Only daughter of Kit and Eva.

Nim is a sarcastic outsider that makes up for her flaws by being proficient in sex.. specifically with ladies. Though she often goes too far when it comes to teasing, her knowledge regarding dating and sex often comes in handy when her friends are having trouble.

"Slow down there, Chief."

"I like his little art thing he's got going on. That's neat."

"I think..I care about him. Sometimes he says things that make me frustrated, but it's kinda okay. Like a little brother, maybe."

"Uuuh..She has really nice armpits. Maybe the best at school."

"Just looking at her makes me mad sometimes because of the whole.. she's taken, and she won't fuck me."

"I can't see very well when she's doing the dance thing, but it seems like she's good at it. Sporty girls are cute."

"I feel like a night with her would be one of the best."

"I'm literally a stick and he's like a wrecking ball but he acts like I'm going to mow him down somehow."

"Sometimes he says dumb things to Ian. I think it makes me mad, but it's hard to react."

"He mutters about crazy stuff all the time. If I can hear him the rabbits and foxes can too, I don't think he realizes that."

"I get great pleasure from ruining his days."

"Maybe the only person I'd call my best friend. Not that other people aren't important to me.. Em's just..." Shrug

"Eats more chocolate than I could ever imagine eating. I have some at home just for them."

"It feels like life is a constant battle...but maybe not that bad. I dunno."

"We do yoga sometimes when we're both home. That's nice."

"We don't.. know each other. But it's better than some other parents I see."

"I thiiiink a lot of my.. things.. are because of her. That part's kinda weird. It's really obvious."